Last February, I spent quite a bit of time in the Ramón y Cajal Hospital’s cafeteria, in Madrid. My father had to have a small operation, but it required him spending almost two weeks under observation.

My mother and I had practically all our meals at the public refectory there. Breakfast, lunch, merienda and sometimes even dinner.

The food was ok (sometimes much better than ok) and the price was definitely ok. But the staff were even better. They were extremely efficient, they were kind, they were patient. Very few people eat in a hospital refectory by choice and both my mother and I really felt like the staff were making an effort to make the experience as painless as possible.

So, after two weeks of eating there almost every day, I popped over to a member of staff. “Hi, I just wanted to tell you that my mother and I have both been eating here for some days and we wanted to congratulate you on the great service and food.”

“Tell him, he’s the manager, there.” Oh yes, I’d seen him around, bringing the warmed up bocadillos to people’s tables.

The manager looked up, with, let’s face it, a little bit of concern on his face. I walked over and repeated my compliment: “You and your team have really made us feel welcome. I think you have a great operation here, a great team.”

“Thank you.” He said. He didn’t say much more, just another “Thank you.”

I could see that this didn’t happen that often. That very rarely did anyone bother to give him thanks for doing such a great job. That quite often he and the staff probably had to deal with complaints and anger that were out of proportion, due to the delicate state of mind most of us were while eating at those tables. I liked to think that, in my own little way, I was contributing to sustaining the good things that were happening in that place. And all it really took was two minutes of my time. 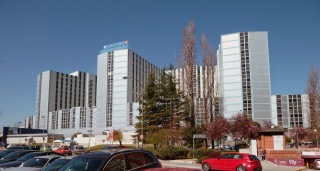